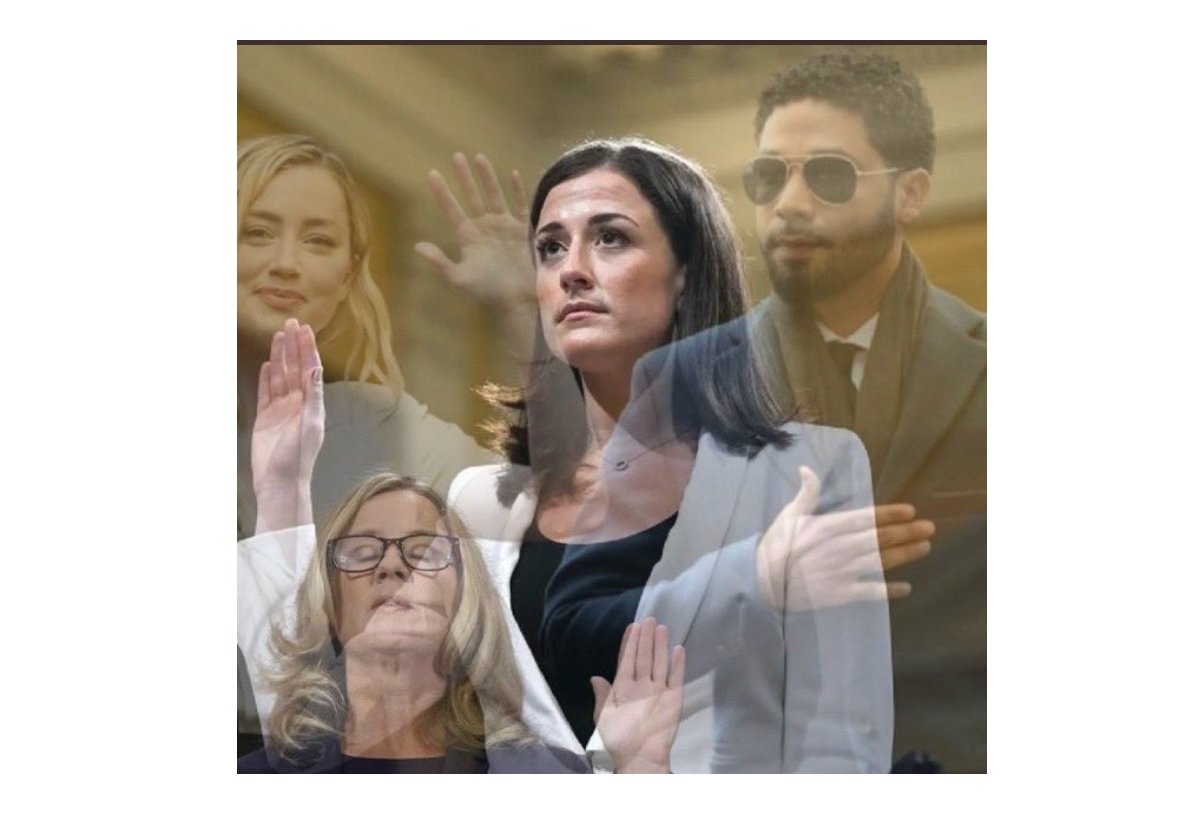 A new report from the Daily Caller revealed that Cassidy Hutchinson, the sham January 6 committee’s star witness from last week, reached out for help from First Amendment groups and called the actions of the sham committee “BS.”

On February 1. she sent a text seeking help from the First Amendment Fund, a group started by the American Conservative Union that helps Trump officials cover legal costs related to the sham January 6 investigations. It appears Hutchison had quite a different attitude towards the committee prior to her appearance at the “emergency hearing” last week.

Hutchinson did not receive any support from the group, despite her inquiry.

Matt Schlapp, who helps run the fund, said he is happy they did not end up assisting Hutchinson. He said in a post on Twitter that “Relaying WH hallway gossip as fact does not qualify as first person testimony.”

Ms. Hutchinson approached @CPAC for help through our First Amendment Fund which has helped J6 political victims defend themselves. I am pleased we did not assist her performance today. Relaying WH hallway gossip as fact does not qualify as first person testimony. https://t.co/nfQbPshIju

In the text message, Hutchinson says: “Hey (redacted)! This is Cassidy Hutchinson. Kind of a random question, but do you still work for the Schlapp’s at the ACU?”

Hutchinson then said, “Do you happen to know a First Amendment fund POC I could reach out to? I was subpoenaed in early Nov., but the committee waited to serve me until last week (after Ben’s deposition).”

“I had to accept service because the U.S. Marshalls came to my apartment last Wednesday, but I haven’t made contact with the Committee. I’m just on a tight timeline and just trying to figure out what my options are to deal with this bs,” Hutchinson added.

Hutchinson became the focus of the January 6 committee last week in her now mostly debunked testimony.

“Ms. Hutchinson stands by all of the testimony she provided yesterday, under oath, to the Select Committee to Investigate the January 6 Attack on the United States Capitol,” Hutchinson’s counsel Jody Hunt and William Jordan said in a statement on CNN.

Hunt also responded on Twitter to claims that she lied, saying, “Ms. Hutchinson testified, under oath, and recounted what she was told. Those with knowledge of the episode also should testify under oath.”

Ms. Hutchinson testified, under oath, and recounted what she was told. Those with knowledge of the episode also should testify under oath. https://t.co/F69nuMH5oy

However, almost all of her testimony has been refuted or entirely debunked by the individuals who were there during the events. Nearly all of her “shocking testimony” was given as hearsay, as she was not present for the actual events to which she testified on Tuesday.

The Gateway Pundit previously reported on at least NINE TIMES Hutchinson lied to the American public during her testimony.

The first false claim stated an “irate” Trump grabbed the wheel of the SUV he was riding in and then lunged at Secret Service agent Robert “Bobby” Engel when Engel told him that he would not go to the Capitol.

“I’m the f—ing president! Take me up to the Capitol now!” Trump allegedly shouted.

Hutchinson said she was told about the incident by Anthony Ornato, the White House’s deputy chief of operations for that day.

Secret Service Chief of Communications Anthony Guglielmi said in a statement, “The Secret Service has been cooperating fully with the select committee since its inception in spring of 2021 and we will continue to do so by responding formally and on the record to the committee regarding new allegations that surfaced in yesterday’s testimony.”

“The Secret Service has been cooperating fully with the select committee since its inception in spring of 2021 and we will continue to do so by responding formally and on the record to the committee regarding new allegations that surfaced in today’s testimony,” Guglielmi said.

Guglielmi told Politico that the committee did not ask the Secret Service personnel to reappear or answer questions in the ten days before interviewing Hutchinson at the Tuesday hearing.

CNN’s Shimon Prokupecz tweeted Tuesday that a “Secret Service official familiar with the matter told CNN that Tony Ornato denies telling Cassidy Hutchinson that the former president grabbed the steering wheel or an agent on his detail.”

A source close to the Secret Service tells me both Bobby Engel, the lead agent, and the presidential limousine/SUV driver are prepared to testify under oath that neither man was assaulted and that Mr. Trump never lunged for the steering wheel.

NBC News reporter Peter Alexander tweeted that “a source close to the Secret Service tells me both Bobby Engel, the lead agent, and the presidential limousine/SUV driver are prepared to testify under oath that neither man was assaulted and that Mr. Trump never lunged for the steering wheel.”

Hutchinson vividly recounted helping to clean ketchup off the wall of a West Wing dining room after Trump allegedly slammed his lunch plate against it in a fit of rage over Attorney General Bill Barr’s December 1, 2020 interview with the Associated Press that disputed the president’s election fraud allegations.

Trump denied the account, saying, “Her story of me throwing food is also false…and why would SHE have to clean it up, I hardly knew who she was?” Trump said.

Hutchinson testified that as pro-Trump rioters pillaged the Capitol and sent officials fleeing to safety, she wrote down possible remarks during which Trump would urge the rioters to go home.

She said, “that’s my handwriting,” as the note was presented as evidence.

“Anyone who entered the Capitol illegally without proper authority should leave immediately,” the note said.

A spokesperson for Eric Herschmann, a former White House attorney, told ABC News on Tuesday that Herschmann wrote the note on January 6.

Trump was allegedly infuriated when metal detectors reduced the size of his event’s crowd at the Ellipse before the riot. Hutchinson claimed Turmp demanded metal detectors be removed because protesters allegedly observed carrying AR-15-style semiautomatic rifles wouldn’t hurt him.

“I was in the vicinity of a conversation where I overheard the president say something to the effect of, ‘I don’t f—ing care that they have weapons. They’re not here to hurt me. Take the f—ing mags away,’” Hutchinson said.

The is no proof of such happening provided by anyone involved in the events of January 6.

“Never complained about the crowd, it was massive. I didn’t want or request that we make room for people with guns to watch my speech. Who would ever want that? Not me!” Trump wrote on Truth Social.

“Besides, there were no guns found or brought into the Capitol Building … So where were all of these guns? But sadly, a gun was used on Ashli Babbitt, with no price to pay against the person who used it!”

Hutchinson’s testimony depicted Meadows as oddly detached from the events of January 6, often absorbed in his phone as chaos swirled around him.

“I remember thinking in that moment, ‘Mark needs to snap out of this and I don’t know how to snap him out of this, but he needs to care,’” Hutchinson testified.

Ben Williamson, a former top aide to Meadows, responded to the claim in a text message to NBC News: “I’ve worked for Mark Meadows for 7 years — any suggestion he didn’t care is ludicrous. And if the committee actually wanted answers as to that question, they could’ve played my interview where I outlined to them how Meadows immediately acted when I told him of initial violence at the Capitol that day. They seem more interested in hearsay, speculation, and conjecture as a means of smearing people, and it’s obvious why.”

While most of her testimony has been proven false or refuted directly by those involved in the events, the sham committee’s star witness continues to defend her lies.