“NYT Karen” the US Flag Wasn’t Hijacked by President Trump and ‘Red-Staters’, Liberals Burned It and Tossed It Away with Their Disdain for America 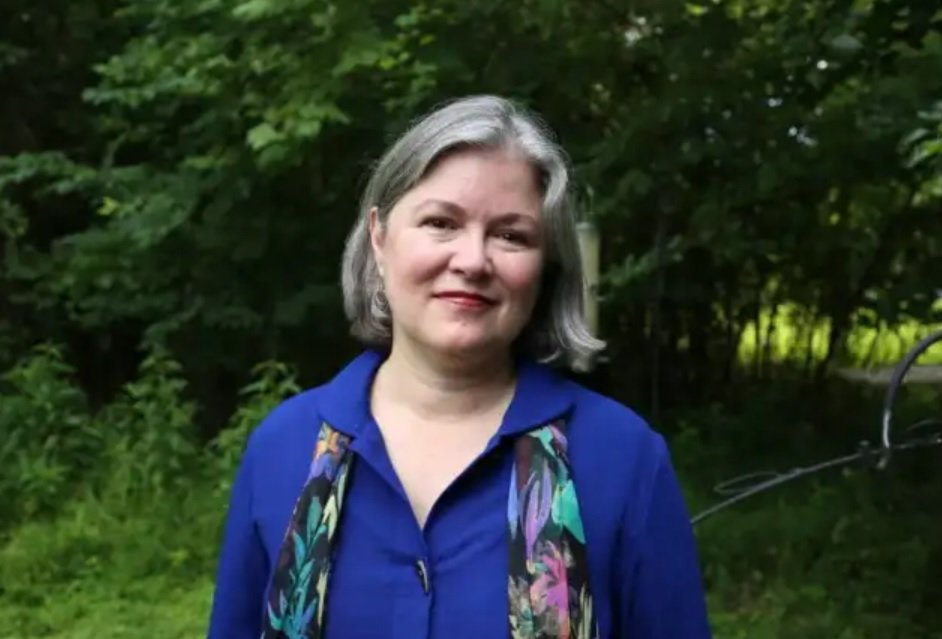 New York Times reporter Margaret Renkl believes that patriotic Americans who love the USA and President Trump have hijacked the US flag from liberals.

But this isn’t true. ‘NYT Karen’ and her ilk burned the flag and threw it away.

Margaret Renkle, ‘NYT Karen’, looks and writes like a Karen from hell writing  at the Times this weekend:

Today the American flag has been co-opted by the very cohort who rejected it so roundly during my childhood. Driving through rural Tennessee last week, I saw an American flag hanging from the bucket of a cherry picker parked on the side of the road. The flag waved above a tent offering fireworks for sale. The flag was even bigger than the tent.

Take a drive through any red state, and you will see American flags flying above truck stops, dangling from construction cranes, stretched across the back windshields of cars, emblazoned on clothing and, of course, waving from front porches — and not just on the Fourth of July. “The sheer volume of American flag paraphernalia that white people seem to own boggles my mind,” tweeted the Times columnist Tressie McMillan Cottom last month. “I assume it just sort of flows to them & they aren’t buying all of it? I’m not sure.”

I’m pretty sure white people are buying this stuff.

But not all of us. Old Glory has become such a strong a feature of Trump rallies that many liberals have all but rejected it, unwilling to embrace the symbol of a worldview that we find anathema. “Today, flying the flag from the back of a pickup truck or over a lawn is increasingly seen as a clue, albeit an imperfect one, to a person’s political affiliation in a deeply divided nation,” Sarah Maslin Nir wrote last year in The Times.

My husband and I stopped hanging up our own flag years ago, long before it got usurped by the MAGA crowd. Our old maple tree had simply grown around the flag mount over the years, eventually enfolding it entirely, and we never got around to putting up another.

I’ve had plenty of reason to doubt the viability of the American experiment. I was born during the Vietnam War in the segregated South. I watched the Watergate hearings on television as a child. I saw my government launch an unprovoked ground invasion into another country and conduct covert drone warfare in another. I wept when it locked babies in cages at the border.

But no other time in my life has caused me to doubt American democracy so profoundly as I doubt it now. The Supreme Court has issued opinions tying the hands of liberal state legislators trying to protect their citizens from gun violence while simultaneously handing to conservative state legislators total control over their citizens’ reproductive rights. The final ruling of this session hamstrings the Environmental Protection Agency’s authority to fight climate change.

The majority of Americans did not want the Court to overturn Roe. They don’t want to be surrounded by guns. They are deeply worried about climate change. With these Supreme Court rulings, the law of the land no longer reflects the will of the people who live here.

I am struggling terribly with this reality. I have staked my entire worldview on the belief that people are mostly good, even when we don’t agree with one another, but I find myself now fighting a raging internal battle not to hate everyone whose decisions, large and small, have led to this political moment.

I try to remind myself that Americans have always had reason to despair, to suspect that the Rev. Dr. Martin Luther King Jr. was overly hopeful when he told us that the arc of the moral universe bends toward justice. And then I remember all the times when this wild, unstoppable, unwarranted hope — hope that motivated millions of people to log numberless hours of painstaking work — managed somehow to yield previously unthinkable triumphs.

NYT Karen looks down on those who respect our flag, and she doesn’t even seem cognizant of her own racist remarks about “white people who buy this stuff.”

NYT Karen conveniently forgets that segregation in the South was a Democrat policy.  The same Democrat gangs held slaves a century earlier.  She talks about Watergate but not the Russia collusion nightmare created by Hillary or the stolen election of 2020.  She says she cries about ‘babies in cages’ on the Southern border, an Obama policy, but disregards 60 million babies in the womb killed by abortions over the past 49 years.

This article perfectly encapsulates the liberal mindset.  NYT Karen is upset because patriotic Americans, who have watched others die for our freedoms, celebrate and love our flag.  We love our flag because it symbolizes the lives given for our freedom.

Young men died for our freedom.  They fought in bloody wars and sacrificed everything so we can live free.  We happen to be the same people who love America and voted for President Trump.

What NYT Karen will likely never understand is that American patriots love this country and will die for it.  We will work tirelessly to prevent stolen elections in the future and to prevent American jobs from being sent overseas.  We reject corrupt politicians in our government and insane and expensive foreign wars with no purpose.  We fight for our country, our freedom, free and fair elections, and American loving leaders like President Trump.

We will fight for our children’s freedom.  We don’t base our love of country on which policies or politicians are in the White House.

That is the difference between patriots and liberals.

We salute our flag despite the policies and politicians who attempt to destroy our freedoms and our children’s future.  We salute freedom and lives lost protecting and preserving our freedom and we are reminded by our flag to do the same.

The post “NYT Karen” the US Flag Wasn’t Hijacked by President Trump and ‘Red-Staters’, Liberals Burned It and Tossed It Away with Their Disdain for America appeared first on The Gateway Pundit.