In the End, It Will Be the Decision of the American People to Fight for our Constitutional Republic or Submit to Tyranny – The Time Is Now 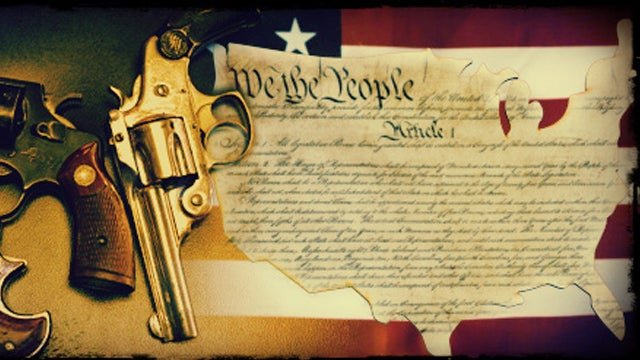 If You Are Not Yet Convinced Of The Need For A Second American Revolution, Then Read This

The following are the annotated statements of Founding Father Samuel Adams from his article “The Rights of the Colonists” in The Report of the Committee of Correspondence to the Boston Town Meeting, Nov. 20, 1772.

“Among the natural rights of the Colonists are these: First, a right to life; Secondly, to liberty; Thirdly, to property; together with the right to support and defend them in the best manner they can. These are evident branches of, rather than deductions from, the duty of self-preservation, commonly called the first law of nature.”

The Biden regime, together with its allies in the World Economic Forum and the Chinese Communist Party, consider those natural rights, not unalienable endowed by the Creator, but as privileges dispensed or withdrawn according to the convenience of the state.

Call it globalism, communism or neo-Feudalism, the intent is the same, to establish a world government by an international ruling class, who exploit the land for personal profit and rule over billions of people without liberty or property.

The usurper Biden has already declared that our rights guaranteed under the Constitution are “not absolute” and is actively in the process of eliminating them, in particular, the Second Amendment, upon which all of our other freedoms depend.

The totalitarian Klaus Schwab, head of the World Economic Forum said, “You will own nothing, and you will be happy.”

Is the Biden regime’s ongoing deliberate demolition of the U.S. economy a North American sequel to Mao Zedong’s 1958 to 1962 Great Leap Forward, a policy that led to the deaths of up to 45 million Chinese, easily making it the biggest episode of mass murder in history?

Do Americans really want to wait to find out?

“The Legislative has no right to absolute, arbitrary power over the lives and fortunes of the people.”

Can any American today honestly believe that Washington, D.C. represents the interests of and is accountable to the people as defined by the U.S. Constitution?

The Democrat Party has permanent control of the federal bureaucracy, which is composed of unelected officials, who have the power to comprehensively regulate our lives and punish us when we don’t comply.

The Department of Justice and the Federal Bureau of Investigation, in particular, have become political weapons against Democrat Party opponents, which has created a two-tier system of justice.

The Republican Party has seceded from its voters and should be abandoned as a political vehicle capable of providing any effective opposition to the Biden regime, the Democrats or the mainstream media. It too is a party of the ruling class and the Deep State.

Once elected, members of Congress serve only their own interests, and that of their party and its wealthy donors. Petitioning Congress for the redress of grievances is an exercise in futility.

Now that our elections have proven to be a sham and our political system has been shown to be hopelessly corrupt, Americans who believe in the Constitution and the rule of law must choose either to resist or to submit to a one-party totalitarian state.

On this July 4, 2022, we must heed the words of another Founding Father, John Adams:

“Government is instituted for the common good; for the protection, safety, prosperity, and happiness of the people; and not for profit, honor, or private interest of any one man, family, or class of men; therefore, the people alone have an incontestable, unalienable, and indefeasible right to institute government; and to reform, alter, or totally change the same, when their protection, safety, prosperity, and happiness require it.”

“In this present crisis, government is not the solution to our problem; government is the problem. From time to time we’ve been tempted to believe that society has become too complex to be managed by self-rule, that government by an elite group is superior to government for, by, and of the people. Well, if no one among us is capable of governing himself, then who among us has the capacity to govern someone else?”

The United States is no longer a functioning constitutional republic.

American Colonists eventually realized that freedom could only be secured by the action of those who desire it, not as an indulgence granted by distant rulers.

Likewise, there will be no restoration of our constitutional republic emanating from Washington, D.C. from where it has been systematically dismantled to sustain a system riddled with greed and corruption.

If history is any indicator, do not expect the predicted Republican “red wave” in the November mid-term elections to significantly change anything in Washington D.C.

True change can only arise bottom-up. In the end, it will be the decision of the American people to fight for our constitutional republic or submit to tyranny.

Lawrence Sellin, Ph.D. is retired U.S. Army Reserve colonel and a veteran of Afghanistan and Iraq. He had a civilian career in international business and medical research. Dr. Sellin is the author of Restoring the Republic: Arguments for a Second American Revolution. His email address is lawrence.sellin@gmail.com.

The post In the End, It Will Be the Decision of the American People to Fight for our Constitutional Republic or Submit to Tyranny – The Time Is Now appeared first on The Gateway Pundit.