AND ANOTHER: Kamala Harris’s Comments on Roe v. Wade Are Shockingly Stupid 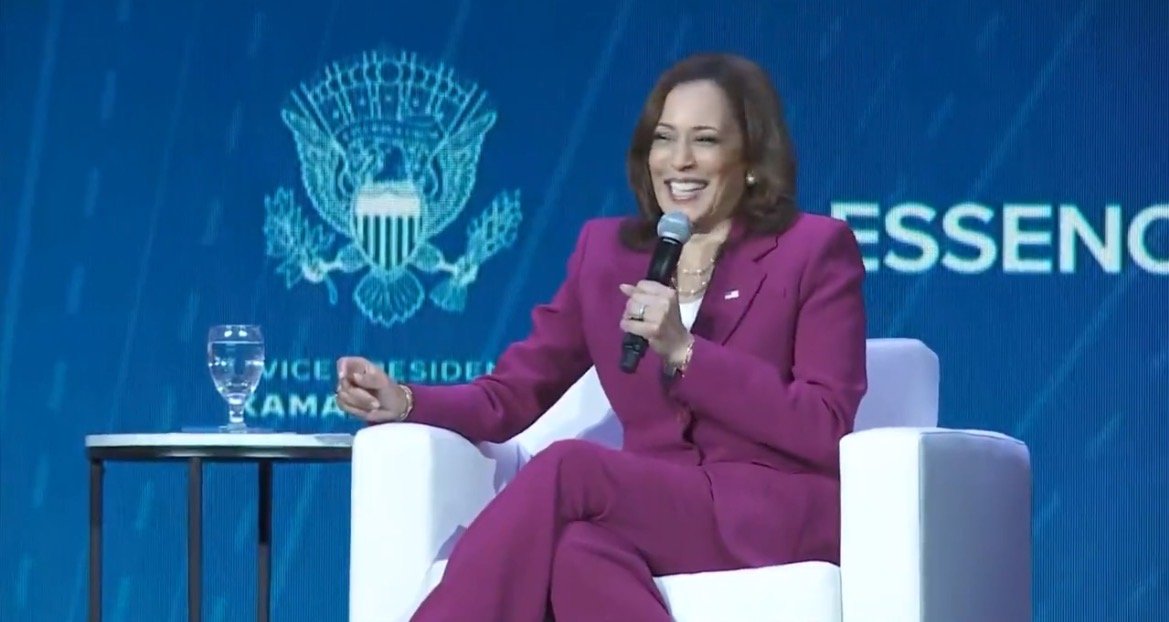 We first wrote about Kamala Harris’s interview in Louisiana over the weekend on Sunday.   We reported on her laughing at the price of gas.

Moments ago we pointed out how the set for the event had a major gaffe.  The state name of Louisiana was misspelled (Lousiana).  This was behind her the entire interview.

SHOCKER: Kamala Harris Event in Louisiana – Has Another HUGE Gaffe

The third time is a charm.  Kamala’s answer on Roe v. Wade in the interview was also a major gaffe.  It was a gaffe because it made no sense.

Kamala Harris likened the end of Roe v. Wade to slavery by saying that the Supreme Court‘s ruling was an example of the United States government ‘trying to claim ownership over human bodies.’

Harris made the comparison while speaking at the Essence Festival in New Orleans on Saturday.

‘We have to recognize we’re a nation that was founded on certain principles that are — that are grounded in the concept of freedom and liberty,’ she told the crowd.

In an interview on CNN Kamala claimed that her mother and grandmother were women.

The post AND ANOTHER: Kamala Harris’s Comments on Roe v. Wade Are Shockingly Stupid appeared first on The Gateway Pundit.