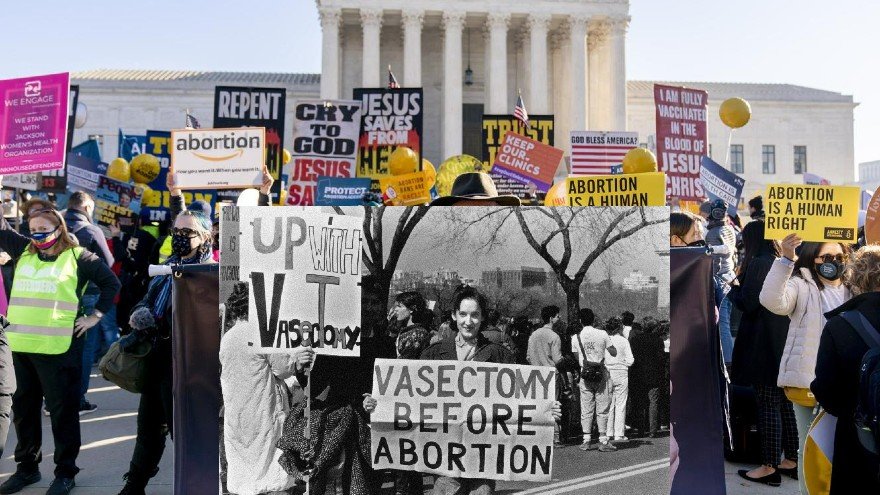 Younger men who either don’t want or fear having children, no longer confident that the women in their life can abort their babies because of the SCOTUS decision overturning Roe v. Wade, are surging in their desire for vasectomies.

Urologists around the country have noticed an increased demand for vasectomies. The surge has been most notable in childless men under 30.

Vasectomies are up 900% since the Roe reversal. Hearing that left-wing males are neutering themselves makes the SCOTUS ruling even better than it already was.

Doug Stein, a urologist known as the “Vasectomy King” for his longtime advocacy of the procedure, said the spike in requests was “very, very noticeable” in the days following the Supreme Court decision.

“Many of the guys are saying that they have been thinking about a vasectomy for a while, and the [Supreme Court] decision was just that final factor that tipped them over the edge,” he told the Washington Post.

“Dr. Alex Shteynshlyuger, director of urology at New York Urology Specialists in Midtown Manhattan, estimated that calls about vasectomy procedures to his office have soared by more than 500 percent this week with many consultations booked for July and younger men jumping on the bandwagon,” he told the New York Post.

“Staff at medical offices told The Post that they have been stunned by the number of childless, younger men asking about the procedure during which the tubes that carry sperm are cut or blocked,” the Post reported.

Dr. John Curington told the news outlet that “at least 60 or 70 percent are mentioning the Supreme Court” ruling during their appointments.

In Salt Lake City, Utah, urologist Dr. Blake Johnson cited the leak of the Supreme Court ruling in May, saying, “Since the actual decision, we’re all of the sudden booked out until September. It’s way up.”

Dr. Christian Hettinger, a urologist in the Kansas City area, said earlier this week, “One of our office managers said get ready. Since Friday, we’re up 900% in people looking to get a vasectomy.”

Demand for vasectomies also surged following the 2008 financial crisis, as well as the onset of the coronavirus pandemic.