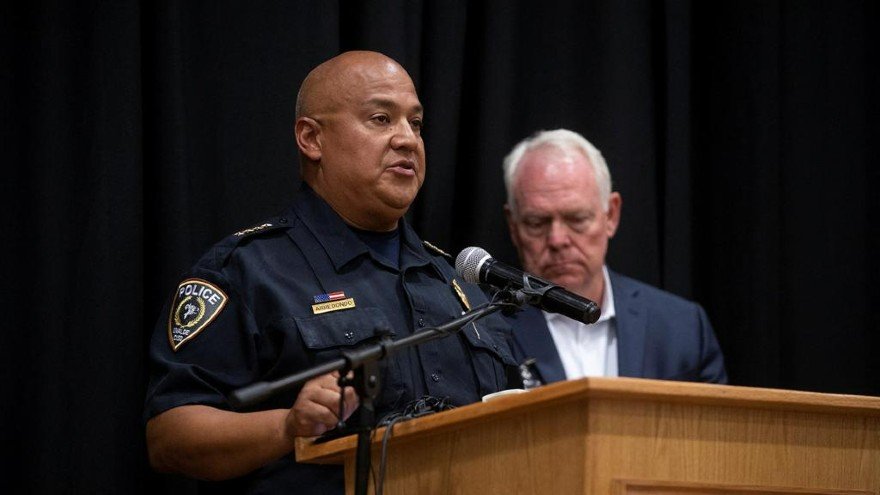 Uvalde Police Chief Pete Arredondo resigned from Uvalde city council on Saturday more than one month after a botched police response to a mass shooting at Robb Elementary School.

Pete Arredondo told the Uvalde Leader-News on Friday that he is resigning from his seat on the Uvalde City Council.

Arredondo, the Uvalde Consolidated Independent School District police chief, was elected to the District 3 council position on May 7 and was sworn into the role on May 31, days after the May 24 mass shooting at Robb Elementary School, where 21 people died.

Arredondo maintains he was not the incident commander that day. Community members as well as the Texas Department of Public Safety director Steven McCraw have criticized Arredondo and other law enforcement officers for waiting more than an hour to enter classrooms where the shooter and injured and dying students and teachers were located.

“After much consideration, I regret to inform those who voted for me that I have decided to step down as a member of the city council for District 3. The mayor, the city council, and the city staff must continue to move forward without distractions. I feel this is the best decision for Uvalde,” Arredondo said.

“As I think about my life, from growing up as a child and to adulthood, Uvalde has held an attraction that is very unique. At the center of that attraction, is our community members. Together, we will keep Uvalde strong. Uvalde strong, Uvalde home.”

According to multiple reports, the shooter, Salvador Ramos, spent more than 40 minutes inside as loved ones and onlookers begged the police to charge into the building.

Police arrived 4 minutes after the shooting began, but Ramos continued on with his killing spree virtually uninterrupted.

A report by the Austin American-Statesman shows Uvalde police were in the hallway of Robb Elementary School with rifles and at least one ballistic shield within ten minutes of the start of the mass shooting by Salvador Ramos.

Security video screen image from 11:52 a.m. CDT shows at least five officers, two with rifles including one with a shield.

Last Tuesday, Texas of Department of Public Safety Director Steve McCraw admitted that the Uvalde Police and on-scene officers *NEVER* touched the door to see if it was locked UNTIL they breached!!

“We can never see anybody put their hand on the door of course up until the breached.”

Uvalde Police and on scene officers *NEVER* touched the door to see if it was locked UNTIL they breached!! pic.twitter.com/reTDzcH1Cc