The Sovietization of America–An American Gulag 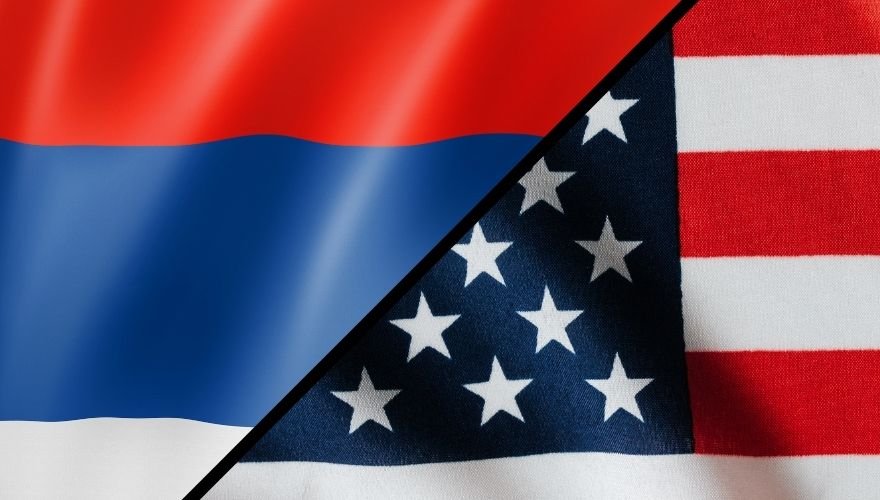 A note from the author:

My friends, Jim and Joe Hoft, are being attacked by some readers of this blog because of what I am writing. Some of you (and you know who you are) accuse the  Hoft boys of being “pro-Putin” or “pro-Russian.” Why? Because they allow me to write about the real situation in Ukraine that does not kow tow to the bullshit narrative being spun by Dementia Joe Biden, Nancy Pelosi, Charles Schumer, Lloyd Austin, Hillary Clinton, Clinton-lackey Jake Sullivan, George Soros, Mitt Romney, Adam Kinzinger and Liz Cheney.

Now, if you are comfortable endorsing the pro-Ukraine, fight to the death of Russia messages those folks are repeating ad nausea then we are not friends. I even question if you are a real American and love this country. The people I named above epitomize the evil and corruption that infest Washington. They oppose vehemently the idea of America first. And they do not believe the Democrats stole the election from Donald Trump. I do. So, what you think is me spouting pro-Putin propaganda, it is not. It is my declaration of ideological war against the neo-cons and deep-staters who are hell bent on destroying this Republic. They want to persuade you to back another phony foreign war that has nothing to do with America’s security while they do not do a goddamn thing to stop the flood of illegal aliens crossing our southern border. At least Vladimir Putin is not afraid to defend his nation’s borders.

Pity the poor souls who signed on with the CIA expecting to experience the world of Sean Connery’s James Bond only to find out they are imprisoned in a gulag of asexual pronouns and a bureaucracy spawned by Dilbert. Those recruited to serve as Case Officers–i.e., the men and women who try to persuade foreigners to betray their countries and work for the United States–are in real danger of not being able to do the job of persuading well placed foreigners to become traitors because of the radical changes shaking America.

In the good old days of the Cold War, the United States enjoyed a moral advantage over the Soviet Union. We had a free press, a wide open economy, an apolitical judicial system and a cornucopia of consumer goods. Recruiting Soviet intelligence officers was not easy but their U.S. counterparts had a decided advantage in finding a disgruntled Soviet who could be enticed to play for team USA.

By 1984, the Soviet leadership (which was comprised largely of guys who played key roles in World War II) were old men at the end of their lives. Now compare that with this lineup of current American leadership:

Joe Biden and Nancy Pelosi are older than Leonid Brezhnez was when he occupied the big chair in the Soviet Politburo.

We all know who runs Russia today. Can you imagine any of the current U.S. leadership pulling off a pictures like these:

Which gives me an idea–if Nancy Pelosi threatened to go topless unless people paid her not to do so, I bet the United States would have no problem reducing its burgeoning deficit. Anyway, you get the picture–literally. The United States is ruled by senior citizens who should be in assisted living while Russia still has a relatively “young” leader.

The most dangerous and frightening evidence of the Sovietization of America has to do with the transformation of the FBI into the old KGB or German Stasi. The KGB and Stasi (the East German secret police) gained deserved notoriety for persecuting perceived political opponents of the Communist regime. People in the Soviet Union feared the knock on the door in the middle of the night, when they would be hauled out of their warm beds by armed thugs acting on behalf of the state and jailed for opposing the Soviet regime. Well, guess what boys and girls, the United States is now doing the same thing (just ask Roger Stone and Project Veritas) and has more political prisoners rotting in jail than Russia.

As of the beginning of 2020, the number of political prisoners in Russia was estimated at 308. The largest share of those was represented by persons jailed because of the realization of their right to religious freedom. Since 2015, the political prisoner count in the country rose by more than six times.

My friend, Joe Hoft, provides a list of the 700 political prisoners that have been persecuted unjustly by the FBI–BIDEN’S AMERICA: Tucker Carlson Provides High-Level List of Political Arrests by Biden Regime. To restate the obvious–America has twice as many political prisoners as Russia. And it is a sickening fact that the FBI has been politicized in a shameful, dangerous way.

Justice in America is no longer blind. If you are Hunter Biden cavorting with hookers, buying crack, lying on a firearms application and operating as an unregistered foreign agent you get a pass. If you are Doctor Simone Gold, who entered the U.S. Capitol on January 6, 2021 and DID NOT COMMIT ANY ACT OF VIOLENCE, you are arrested and put in jail. The rich and powerful gaming the judicial and financial system for their own gain was one of the disgusting characteristics of the corrupt Soviet Union. Now, it is the United States that is emulating the old Soviets. It is a dangerous time.

This kind of corrupt behavior by the Government of the United States is creating an enormous counter intelligence problem. What do I mean? The injustice and unfairness that now defines how politics are played in America makes it easier for foreign intelligence services to recruit disgruntled intelligence officers who feel betrayed by their government. The fruits of America’s Sovietization are yet to be harvested, but when those crops are collected it will be ugly.

The final piece of evidence of America’s transformation into the sclerotic Soviet Union is the disappearance of a free press, at least among the mainstream media. Corporate media, both television and major newspapers, now controls what can and cannot be said to the American public. Truth, objective truth, no longer matters. We are told that men can have periods and that anyone who objects to this lie must be silenced. We have witnessed the print and electronic media working overtime to suppress the the evidence of the truth of Hunter Biden’s computer while pushing the blatant lie that it is Russian disinformation. I remember a time when Americans laughed at the ridiculous lies embraced by the Soviet Pravda. Now, it is Russia laughing at us as American corporations and government institutions insist that men can get pregnant. You may hate Vladimir Putin, but give the Russians their due–they understand sex and where babies come from.

What does it mean for America that we are well on the road to Sovietization? It means that this phase of American history is likely to end in destruction. Just as the Soviet Union came to an ignominious end in 1991, America runs a real risk of tearing itself asunder. I pray we find a way out of our peril, but as long as we spend our tax dollars on foreign wars, refuse to defend our own borders and allow our major cities to descend into drug-fueled violence, we are headed for destruction.

The post The Sovietization of America–An American Gulag appeared first on The Gateway Pundit.