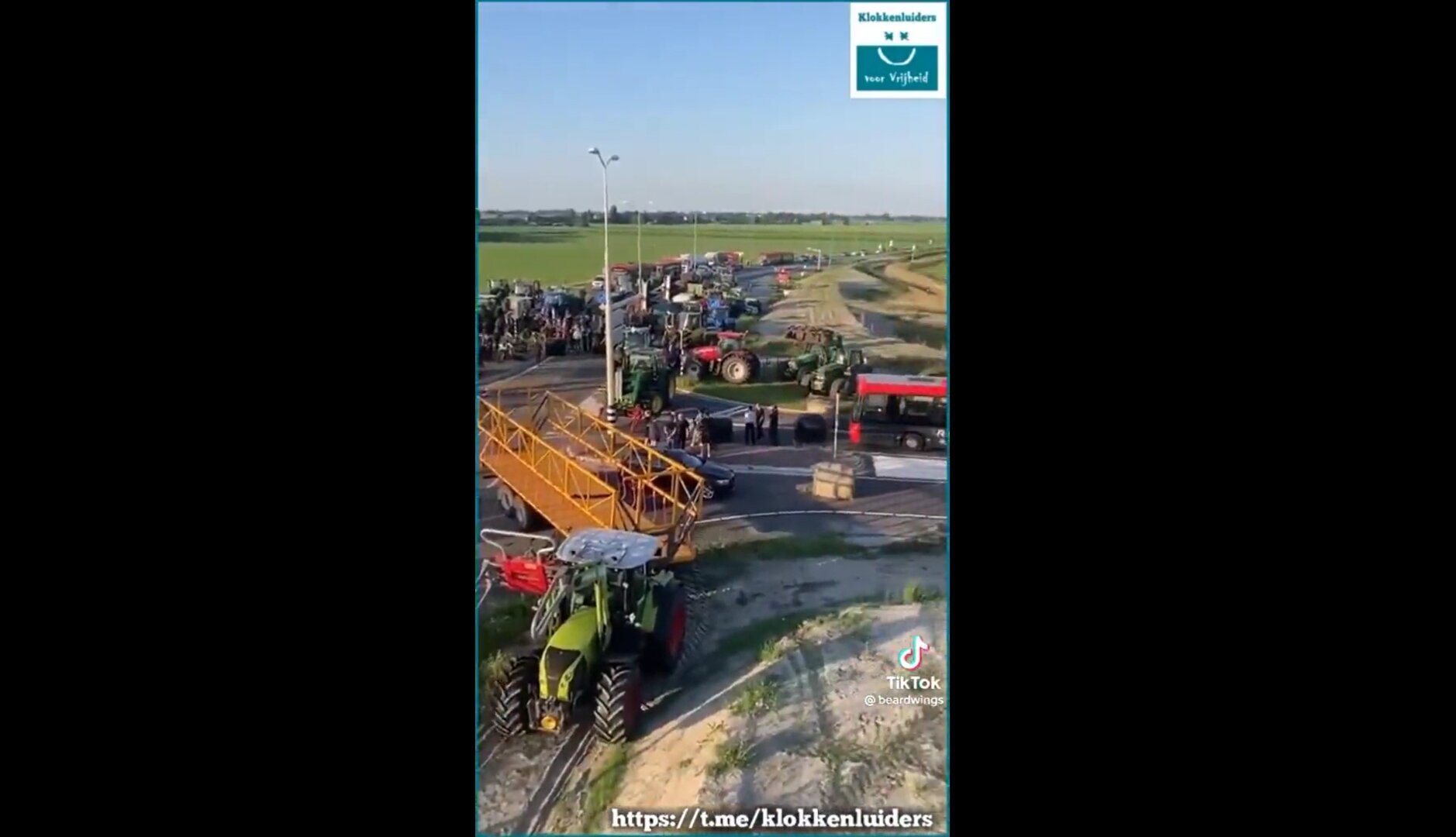 Dutch farmers are expanding their protests against the government’s climate agenda.

Dutch lawmakers were voting on proposals that would likely lead to many farmers being forced to stop farming.

The ruling coalition called for cutting emissions of pollutants by 50% by 2030, this would target the livestock of farmers.

Farmers protested around the Netherlands as lawmakers voted Tuesday on proposals to slash emissions of damaging pollutants, a plan that will likely force farmers to cut their livestock herds or stop work altogether.

The ruling coalition wants to cut emissions of pollutants, predominantly nitrogen oxide and ammonia, by 50% nationwide by 2030. Ministers call the proposal an “unavoidable transition” that aims to improve air, land and water quality.

They warn that farmers will have to adapt or face the prospect of shuttering their businesses.

Dutch Farmers have taken to the street in protest with many showing their support for the farmers.

In some cases, the protests have turned violent.

Farmers protested and rioted in Holland this past week as the government has declared war on livestock farming, setting a goal of reducing nitrogen emissions by 50 percent by 2030, drastically reducing herds, forcing many farmers out of business and cutting back on meat, pork, poultry and dairy food for human consumption. To accomplish this the government expects to reduce by one-third Holland’s 50,000 farms by 2030.

After politicians’ decision to close dozens of farms and cattle ranches to reduce nitrogen to comply with absurd EU regulations on nitrogen pollution, the angry Dutch farmers have issued an ultimatum threatening to block the country’s airports, ports and distribution centers. pic.twitter.com/q4zcmI1PjU

They have announced more protests for July 4th as well.

They are attempting to close “distribution centers for food supplies and all major polluters” until the climate policy is changed.

Dutch farmers are continuing their demonstrations against a government climate policy that officials expect to end many farmers’ livelihoods, with organizers on Telegram planning July 4 protests they say will “flatten” the whole of the Netherlands.

The message calls on concerned farmers and citizens to organize their own regional actions with the goal of closing all “distribution centers for food supplies and all major polluters” until “the government changes its plans.”

One viral call for a July 4 protest came from a large truckers’ Telegram group, suggesting that some truckers in the Netherlands may find themselves in solidarity with the nation’s agriculturalists.

Have everyday people had enough?