If You’re A Saudi Cocaine-User, Move To Uruguay 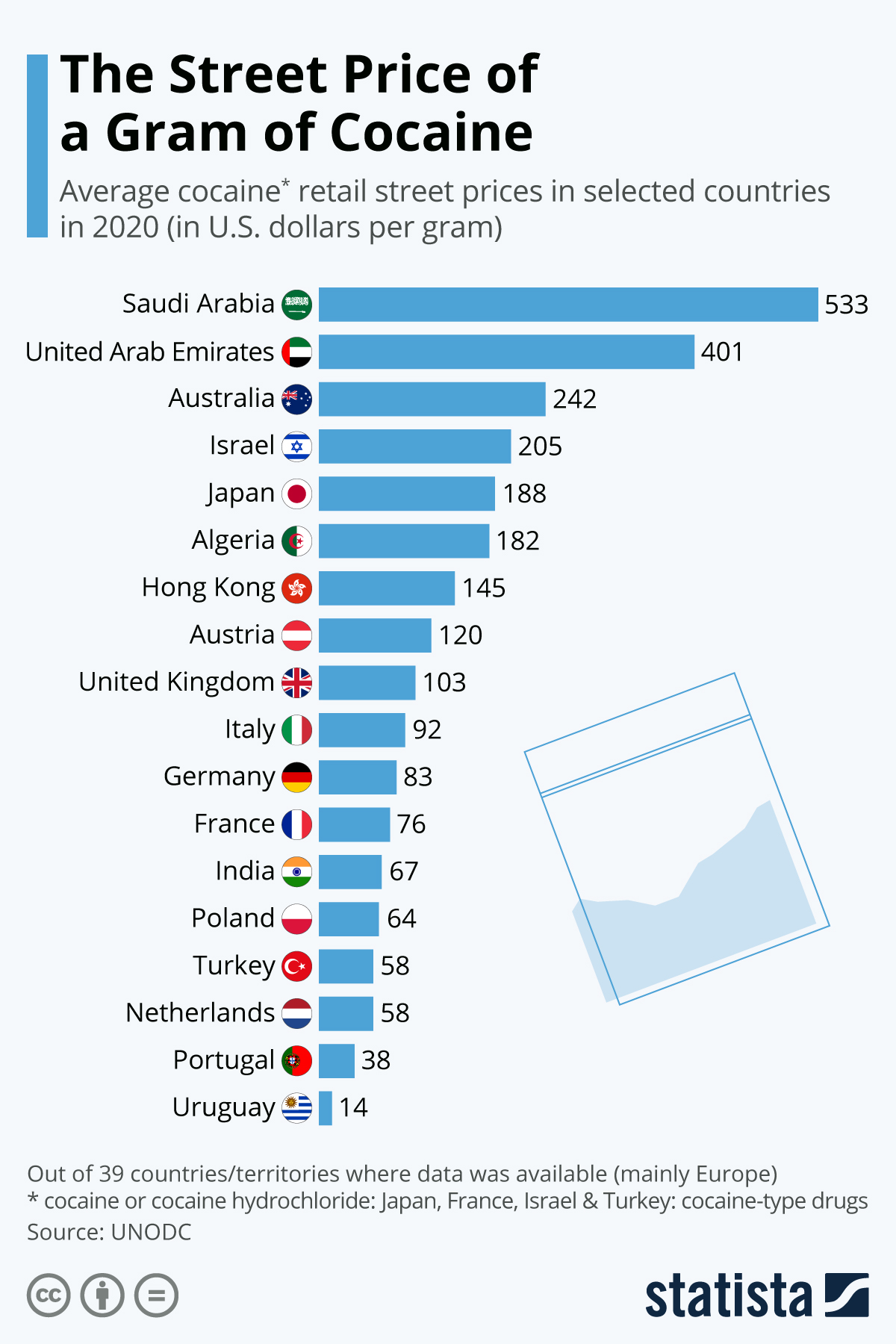 If You’re A Saudi Cocaine-User, Move To Uruguay

According to the latest edition of the United Nations World Drug Report, 284 million people used illegal drugs in the last year, while around 21 million of them used cocaine.

The use of the drug has risen in the past decade, according to the report, but slowed somewhat in the Covid-19 pandemic. However, as Statista’s Katharina Buchholz details below, with global cocaine production reaching new highs, cocaine supply chains to Europe have been diversifying, which is driving prices down and pushing quality up, potentially increasing the level of harm caused by use of the drug in the region. 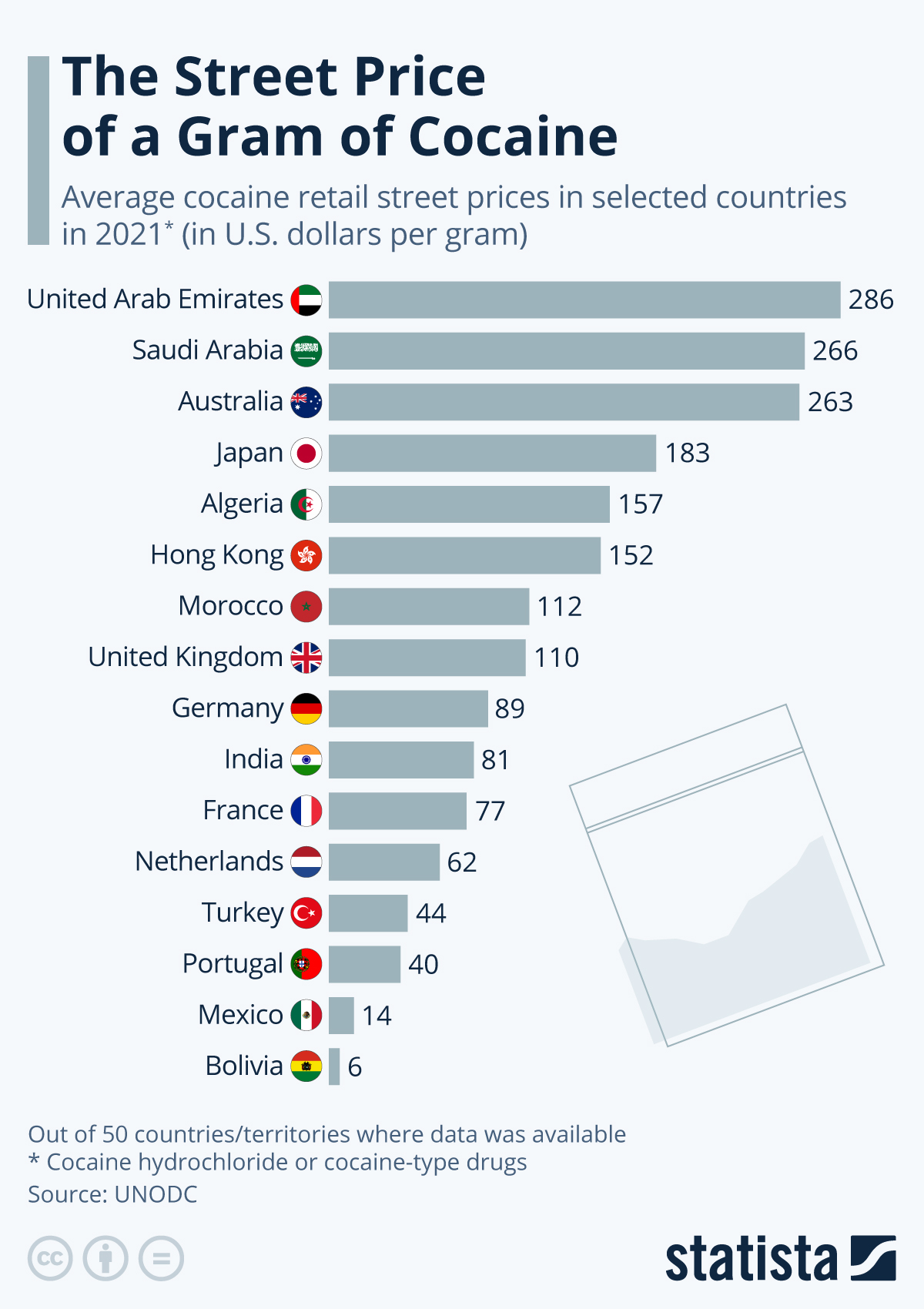 In the United Kingdom, for example, cocaine prices fell from the equivalent of $178 to $103 between 2019 and 2020. The country continues to have a high cocaine retail street price in a global comparison, however, with prices lower in most European countries.

Prices were even higher in Arab countries, which have strict laws forbidding drug use and trade.

A gram of cocaine can be found for a fraction of its price on the Persian Gulf in some parts of Europe, such as in the Netherlands and Portugal where UNODC states it has a retail street price of $58 and $38 per gram, respectively. The later country has recently radically decriminalized the use of even class A drugs.

Uruguay, one of the few Latin American countries for which data was available, came in at the very bottom of the list. 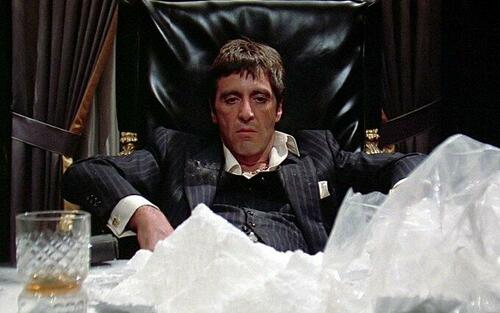 Cocaine is expensive in the only African country on the list, Algeria. India was included in the report for the first time this year, with the price of cocaine set at an average $67 per gram. While this is rather low by international standards, attainability is likely lower than in Europe due to the differences in purchasing power in the country.