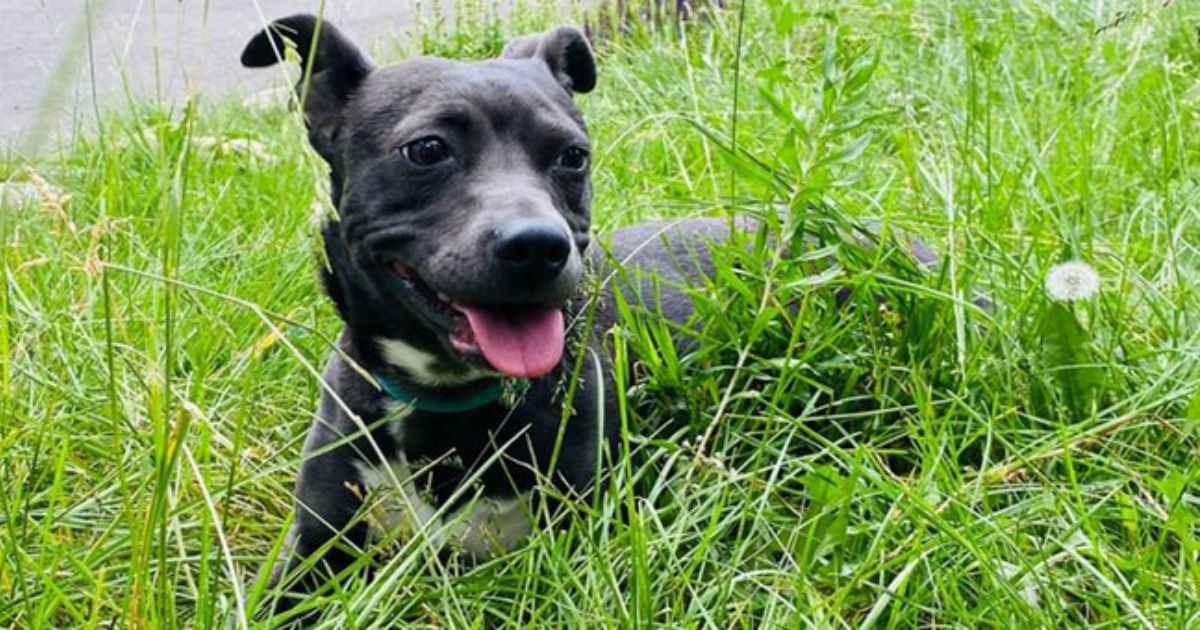 The Havens family has lived in their Idaho Springs home in Colorado for nine years in relative peace. But that sense of familiar security was shattered on June 14 when a wild animal sneaked into their yard and attacked.

The family’s four young kids (4, 7, 8 and 11) were playing on the backyard playset and dad was out working on the car when the family’s 3-year-old dog Lady snapped to attention.

Always keeping a keen eye on the children, the dog was the first to know something was wrong.

The Chihuahua/pit bull mix started barking, and that’s when the dad spotted the mountain lion.

“I heard my husband screaming, ‘Get in the house now’ and my kids crying, ‘Wolf!’” mom Virginia Havens, 37, told Today. “I had a surreal moment where I thought, ‘Am I seeing what I think I’m seeing?’”

As she watched, their “small but mighty” dog, just 50 pounds, squared off with the giant cat that appeared about five times bigger. After circling each other they started to fight.

Mom threw anything she could find through the window to try to break up the fight. Dad called 911. The children screamed, cried and prayed as their brave little dog did its best to fend off the much larger cat.

Within about 5 minutes, officers arrived and began firing on the cat with bean bag guns. After hitting the cougar twice, they managed to scare it off, and the 20-minute scuffle was ended.

While Lady was still standing, she was not doing well.

“She was bloody and had a hole in her skull,” Havens said. “As she got closer, I could see her right eye bulging and she had labored breathing. … She had three holes in her skull and the underside of her snout was punctured, which is why she couldn’t breathe well. Doctors couldn’t guarantee she’d live through the night.”

So, together, the family came to the sad realization that their time with Lady had come to an end, and that the most humane thing they could do was let their brave little hero go peacefully.

“The kids were in a puddle of tears but seeing Lady like that also helped them understand the reason to let her go,” Havens said. “We said goodbye and kissed Lady and thanked her.”

Had it not been for Lady, “it would’ve been a completely different type of tragedy.” https://t.co/Fghtpd4GLH

“Her injuries were just too severe,” Havens told The Seattle Times. “I just kissed her and thanked her, and we let her go.”

Park rangers told the family that the cat was unlikely to return since it hadn’t made a successful kill, but that still hasn’t helped the Havens feel much safer after the attack.

Despite the new fear they have, realizing how easy it was for the mountain lion to get into their yard, they are moving forward. They have a new puppy named Boaz, and a framed photo of Lady now graces their home.

“You can imagine a diminutive dog going against a full grown mountain lion,” Harmon said. “What a brave dog. It gave its life protecting those family members. Had that mountain lion gotten a hold of one of the children, it would’ve been a very tragic outcome.”

Havens also recognized that without their fierce four-legged companion, “it would’ve been a completely different type of tragedy.”

“She was a true loving warrior from the day we got her to the time that we had to let her go,” she said.

“Lady was our little angel. She was a warrior.”