Antifa Terrorist Who was Carrying Loaded Gun at Violent Protest Has Charges Dropped on Day of Sentencing — While Jan. 6 Protesters Rot in Prison for Standing Outside US Capitol 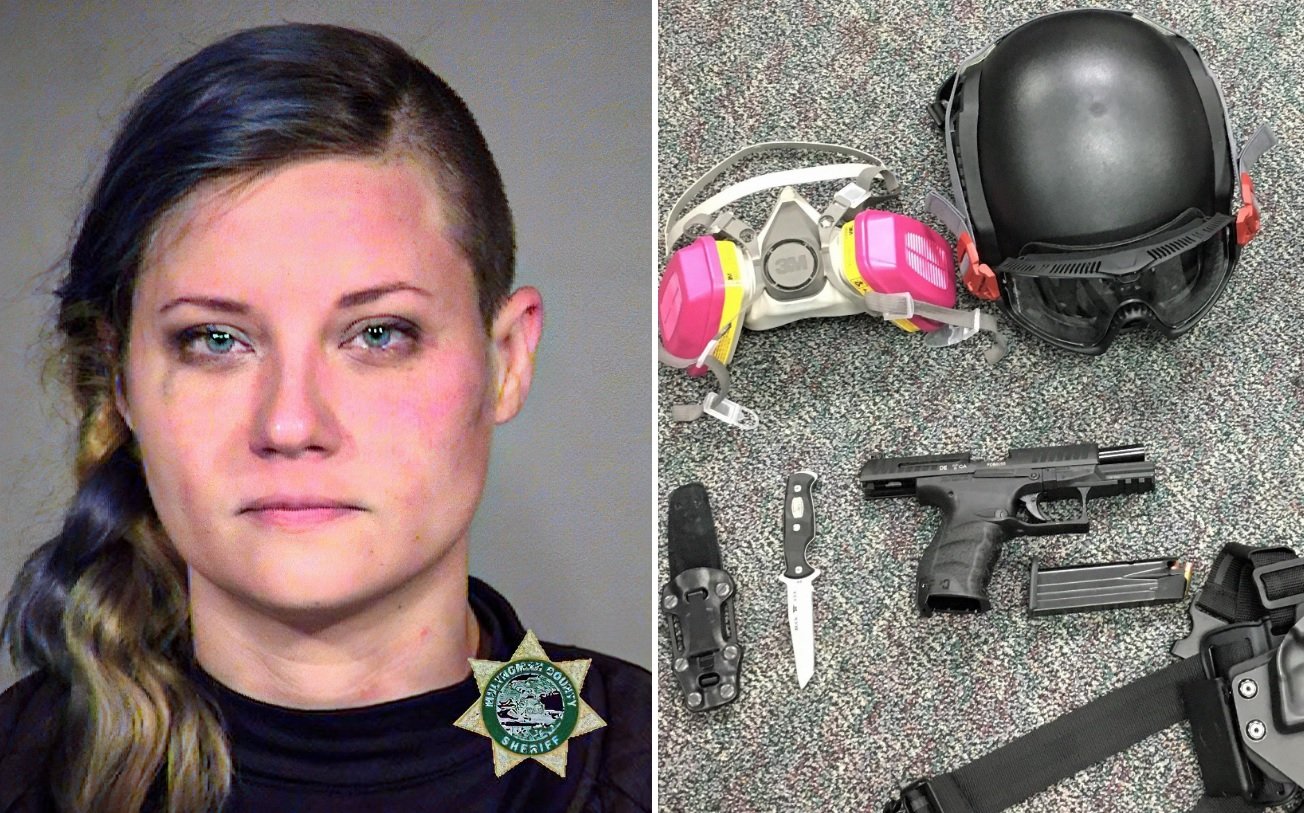 Tara Walker is an Antifa terrorist who was arrested in March 2021 after the terror group smashed up an apartment building in NorthWest Portland.

Police arrested the Antifa members with guns, knives, hammers, and other weapons.

Thirteen were arrested including Tara Walker.

Tara Walker, formerly known as Tara Turner, 36, was arrested at the violent #antifa protest. She’s an antifa member who was charged with illegal possession of a loaded firearm & resisting arrest. She was quickly bailed out. #PortlandRiots #PortlandMugshots https://t.co/51fQPXxZ4g pic.twitter.com/X30VTPB9ms

Cara Walker was arrested for illegal possession of a firearm and resisting arrest.

Walker’s case was dismissed on her day of sentencing.

Tara Walker, who arrested last year at an #Antifa riot last year for illegal possession of firearm & resisting arrest pled guilty in February 2022 and was set to be sentenced last week.

Jeremy Brown is a Green Beret and former Republican candidate for Congress in Florida’s 14th Congressional District. Jeremy Brown served his country for 20 years in the United States Army from 1992 to 2012 and reached the rank of Special Forces Master Sergeant.

Currently Jeremy Brown is a political prisoner of the Biden regime in Florida.

On Thursday afternoon, September 30th, 2021, at 3:45 PM Eastern the FBI raided Jeremy Brown’s home and arrested Jeremy. They charged Jeremy, a Green Beret and US Veteran, with “trespassing” on the US Capitol Grounds.  Jeremy broke the invisible boundary around the US Capitol on January 6th along with tens of thousands of fellow Trump supporters.

Jeremy Brown’s actual crime was refusing to be an FBI informant on January 6th.  So the Feds arrested him months later.

As we reported months ago, Jeremy Brown refused to be an informant for the dirty FBI — They wanted him to be one of their operatives at the Jan. 6 Trump rallies. He refused.  Jeremy released audio proof of his conversations with the FBI in December 2020 so they threw him in prison.

Since September 30th Jeremy Brown has been held in prison without bail on a made-up trespassing charge!

Brown is an American patriot who did nothing wrong.

One of these two is sitting in prison today. Jeremy has been locked up for nearly a year for trespassing and refusing to be an operative for the FBI.

There are currently several January 6 protesters who are in prison who were standing outside the US Capitol.

The double standard in our justice system is destroying the country.

The post Antifa Terrorist Who was Carrying Loaded Gun at Violent Protest Has Charges Dropped on Day of Sentencing — While Jan. 6 Protesters Rot in Prison for Standing Outside US Capitol appeared first on The Gateway Pundit.