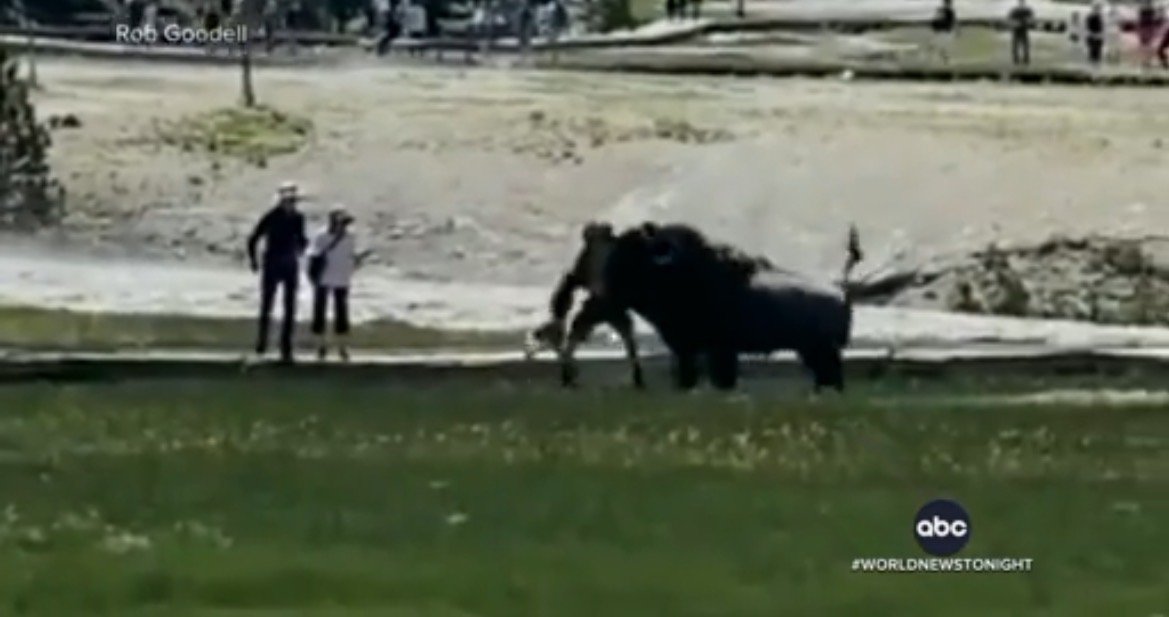 A 71-year-old woman on Wednesday was gored by a bison at Yellowstone National Park.

A 71-year-old woman was gored by a bull bison at Yellowstone National Park, making her the third person attacked by a bison at the park this year.

A park official said that the Pennsylvania woman and her daughter were headed back to their vehicle at Storm Point at Yellowstone Lake on Wednesday when they inadvertently approached the bison, causing it to charge at them.

The woman sustained non-life-threatening injuries and was sent to West Park Hospital in Cody, Wyoming.

A 34-year-old Colorado man was also gored by a bison at Yellowstone National Park this week, ABC 7 reported.

The man was trying to protect a child from the bison when the bull charged him and gored his arm.

Video of Colorado man being attacked by a bison:

Last month a woman was gored and launched at least 10 feet in the air at Yellowstone National Park.

The 25-year-old unidentified Ohio woman reportedly approached the animal and was within 10 feet of it before it charged at her.

According to the Park rules, visitors must remain at least 25 yards away from most animals.

The woman, who suffered a severe puncture wound and other injuries, was taken to Eastern Idaho Regional Medical Center.

The post Two People Gored by Bison at Yellowstone National Park This Week (VIDEO) appeared first on The Gateway Pundit.