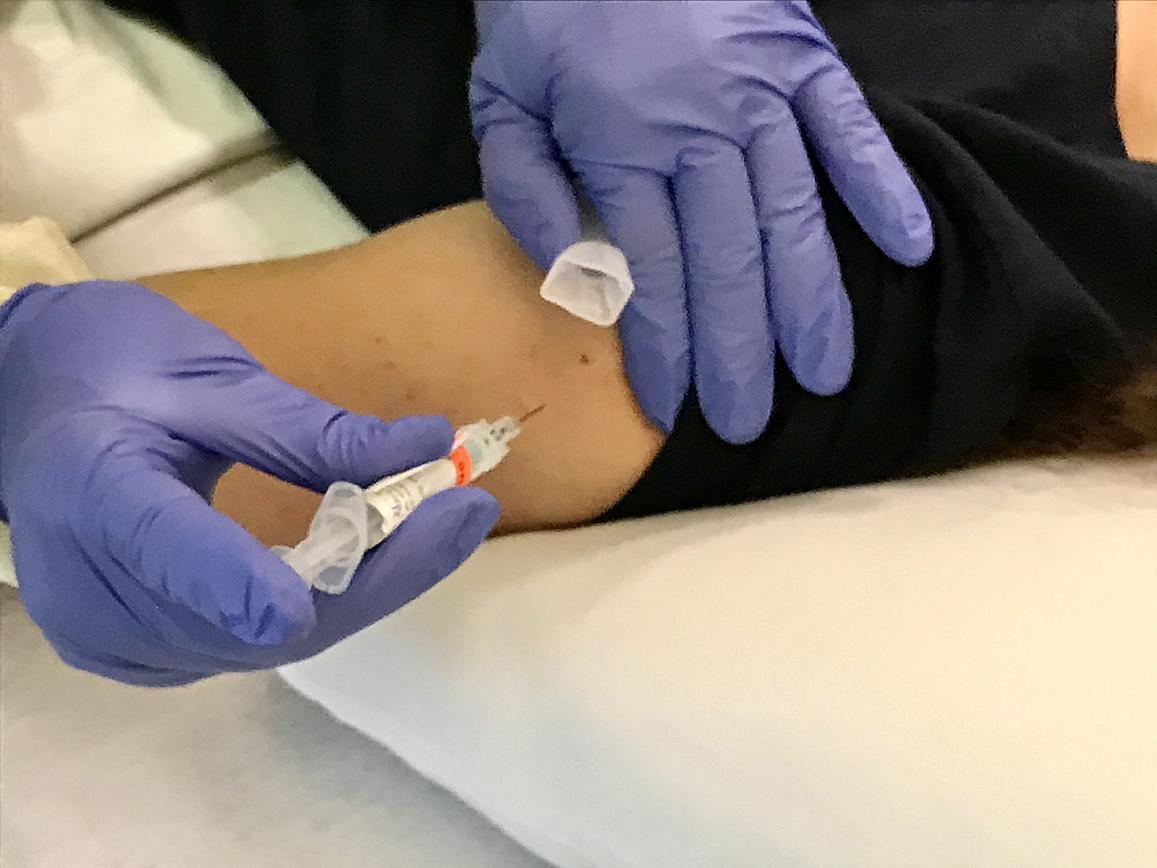 The National Institutes of Health (NIH) announced on Tuesday that they had started conducting a phase 1 clinical trial of universal flu vaccination on healthy adult volunteers at the NIH Clinical Center in Bethesda, Maryland.

NIH is testing if this new flu vaccine is safe and if it creates an immune response.

The National Institute of Allergy and Infectious Diseases ((NIAID) researchers created the potential vaccine known as BPL-1357. NIAID researcher Matthew J. Memoli, M.D. is in charge of the single-site experiment, which is open to 100 participants ages 18 to 55, according to the press release.

“Influenza vaccines that can provide long-lasting protection against a wide range of seasonal influenza viruses as well as those with pandemic potential would be invaluable public health tools,” said NIAID Director Anthony S. Fauci. “The scientific community is making progress on this pressing global health priority. The BPL-1357 candidate influenza vaccine being tested in this clinical trial performed very well in pre-clinical studies and we look forward to learning how it performs in people.”

BPL-1357 is a whole-virus vaccine composed of four strains of non-infectious, chemically inactivated avian flu virus with minimal pathogenicity. A study in mice led by NIAID investigator Jeffery K. Taubenberger, M.D., Ph.D., and published online as a pre-print found that all mice who received two doses of BPL-1357 vaccine delivered either intramuscularly or intranasally survived later exposure to lethal doses of each of six different influenza virus strains, including subtypes not included in the vaccine.

More from the press release:

In the Phase 1 trial, volunteers will be randomized in a 1:1:1 ratio into three groups and will receive two doses of placebo or vaccine spaced 28 days apart. Group A participants receive BPL-1357 intramuscularly along with intranasal saline placebo; Group B will receive doses of the candidate vaccine intranasally along with intramuscular placebo; volunteers in Group C receive intramuscularly and intranasally delivered placebo at both visits to the clinic. Neither the study clinicians nor the volunteers know the group assignments. Volunteers must not have received any type of flu vaccination in the eight weeks prior to enrollment and must agree to forego seasonal flu vaccination for approximately two months after the second vaccine (or placebo) dose.

The study duration for each participant is approximately seven months. In addition to the two clinic visits to receive vaccine (or placebo), volunteers will be asked to return to the clinic seven times to provide blood and nasal mucosal samples that will be used by the investigators to detect and characterize immune responses.

“With the BPL-1357 vaccine, especially when given intranasally, we are attempting to induce a comprehensive immune response that closely mimics immunity gained following a natural influenza infection,” said Dr. Memoli. “This is very different than nearly all other vaccines for influenza or other respiratory viruses, which focus on inducing immunity to a single viral antigen and often do not induce mucosal immunity.”

“Our study will examine the safety of BPL-1357 and also will allow us to assess the importance of mucosal immunity against flu and whether a strategy of inducing both the cellular and antibody arms of the immune system can provide broader protection against the ever-changing influenza virus,” he added.