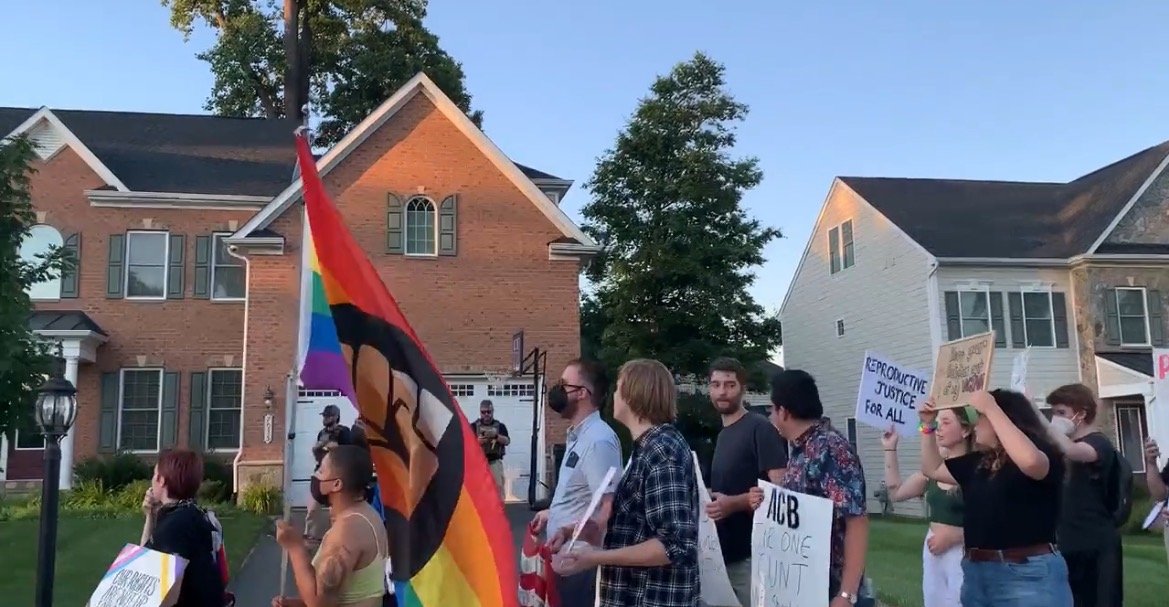 The activists carried signs that read, “Keep your rosaries off my ovaries,” – a reference to Amy Coney Barrett’s Catholic faith.

In which we filthy radicals use the f-word outside Amy Coney Barrett’s house. #BansOffOurBodies @OurRightsDC @downrightimp pic.twitter.com/qsgB3gmDl0

“Cut her time short! Handmaids should not rule the court!! protesters chanted.

The Supreme Court overturned Roe v Wade last Friday which means the states will now decide their own abortion laws.

According to the New York Post, “Our Rights DC is scheduled to hold another “resistance march” in the Virginia neighborhood of Justice Clarence Thomas and his wife, Ginni, Friday evening.”

Joe Biden threw gasoline on the fire this week when he launched a vicious attack on the Supreme Court at a post-NATO summit press conference in Madrid, Spain.

Joe Biden called the Supreme Court “outrageous” and “destabilizing” and called for suspending the filibuster in the Senate to allow passage of legislation legalizing abortion.

“And, so, I’m gonna be talking to, uh, to the governors as to what actions they think I should be taking as well and uh, but the most important thing to be clear about is, we have to change, I believe we codify Roe v. Wade in the law and the way to do that is to make sure the Congress votes to do that.”

Democrat Senators Joe Manchin (WV) and Kyrsten Sinema (AZ) have both reaffirmed they will not nuke the filibuster to ‘codify’ Roe v Wade.