FACT CHECK: Media Attacks Against Justice Thomas and His Claims on Vaccines and Aborted Fetuses are FALSE 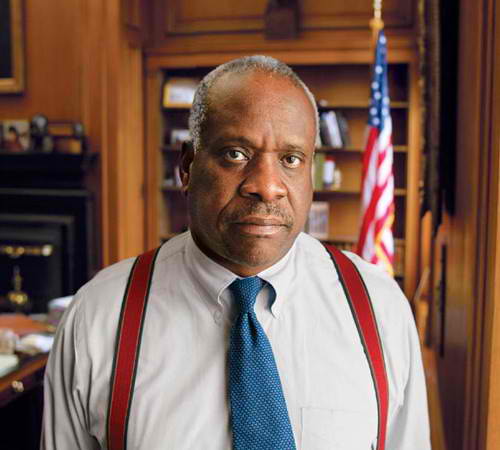 The mainstream media has attacked Justice Clarence Thomas once again, this time claiming he said that the COVID-19 vaccine contains cells from aborted fetuses; their misleading headlines are simply untrue.

It requires an understanding of all facts to see how the media is lying to the American public to spin their hatred of the popular conservative Justice.

The conservative Justice’s statement came in a dissenting opinion on a case in which the Supreme Court declined to hear a religious liberty challenge to New York’s Covid-19 vaccine mandate from 16 health care workers. The state requires that all health care workers show proof of vaccination.

The 16 petitioners objected to New York’s mandate on the grounds of their religious beliefs and cited the use of fetal cells, which were obtained from elective abortions.

The Court decided to allow the mandate to stand and refused to take up the case further.

The mainstream media and many notable public figures quickly condemned Justice Thomas for a single statement in his dissent.

“They object on religious grounds to all available COVID–19 vaccines because they were developed using cell lines derived from aborted children,” Thomas said of the petitioners.

The media has worked to claim his statement is a lie. When in fact, it is not. Thomas neither presented false facts nor did he make a false claim regarding the COVID-19 vaccines.

He pointed to the beliefs of the petitioners, whose statements regarding the vaccine development process are factually true.

The development of many vaccines, including the COVID-19 vaccine, were conducted using cell lines collected from aborted children.

The practice is common in vaccine production and was employed to develop rubella and chickenpox vaccinations in the past.

The Gateway Pundit has reported on this extensively over the past two years.

Even though fetal cells are used to grow vaccine viruses, vaccines do not contain these cells or pieces of DNA recognizable as human DNA. When viruses grow in cells, the cells are killed because, in most cases, the new viruses burst the cells to be released. Once the vaccine virus is produced, it is purified to remove cellular debris and growth reagents.

Vaccines for varicella (chickenpox), rubella, hepatitis A, rabies, and COVID-19 are all made by growing the viruses in fetal cells.

Multiple health agencies and authorities have confirmed this fact regarding the COVID-19 vaccine. In various stages of vaccine development and manufacturing, some of the COVID-19 vaccines used cells originally isolated from fetal tissue (often referred to as fetal cells), some originally derived from an aborted fetus. Even National Geographic shared detailed information about the vaccine’s development using this method.

However, in pure ignorance of the facts, as has become the norm, many spoke out in condemnation of the Justice, calling him an extremist and religious fanatic.

NBC called Thomas’ statement “debunked,” as if to fact-check him as misleading when again, we know it was neither his own statement nor a false fact.

Even NBC said in their fact-check that “Pfizer and Moderna used fetal cell lines early in their Covid vaccine development to test the efficacy of their formulas, as other vaccines have in the past. The fetal tissue used in these processes came from elective abortions.”

Clarence Thomas claimed in a dissenting opinion that Covid vaccines are derived from the cells of “aborted children.”

No Covid vaccines in the U.S. contain the cells of aborted fetuses. https://t.co/13YartfO5Z

MSNBC called it a discredited claim, which again is a lie.

No, Clarence Thomas. That’s not how Covid vaccines are created. – @MaddowBloghttps://t.co/4Za6PBEK8P

The only chance of possibly removing Clarence Thomas from the bench is by exposing all the horrors that are Ginni Thomas’ January 6 coup plans/actions in LIVE hearings.

Others used it to revive Q Anon’s theories, saying they were driving decisions by the Court, after the flurry of false headlines.

QAnon is officially running US SCOTUS.

Unhinged far-left author, Stephen King, used the opportunity to add words in the dissent that did not exist.

It is apparent, after the Court’s decision overturning Roe V Wade, the media and far-left liberals are bloodthirsty and anxious to remove the level-headed and beloved Clarence Thomas.

The post FACT CHECK: Media Attacks Against Justice Thomas and His Claims on Vaccines and Aborted Fetuses are FALSE appeared first on The Gateway Pundit.