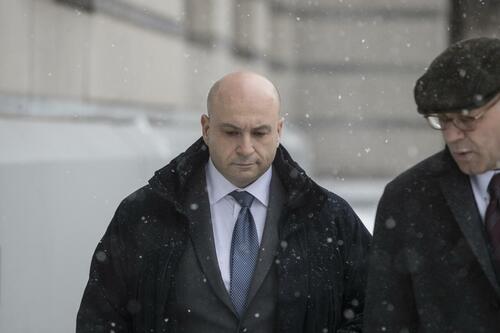 Apple’s former senior director of corporate law and security has pleaded guilty to insider trading after being indicted in 2019, in what prosecutors called a five-year scheme to profit off of quarterly earnings announcements.

After initially fighting the charges, Levoff admitted to using nonpublic information about Apple’s financials in order to trade company stock, resulting in $604,000 of illegal gains on more than $14 million of trades, according to CNBC.

Specifically, when Levoff learned that Apple was about to have a strong quarter, he would purchase large quantities of stock which would then be sold into the subsequent pop.

Prosecutors said Levoff ignored the quarterly “blackout periods” that barred trading before Apple’s results were released, as well as the company’s broader insider trading policy — which he was responsible for enforcing. -CNBC

“Gene Levoff betrayed the trust of one of the world’s largest tech companies for his own financial gain,” said First Assistant U.S. Attorney Vikas Khanna in New Jersey in a statement. The case was filed in New Jersey because servers which were used to execute the trades were located there.

As 9to5Mac notes, “this case is incredibly ironic: one of Levoff’s responsibilities at Apple included enforcing the company’s insider trading policy. In fact, he even informed Apple employees about a trading blackout period for AAPL stock, while also buying and selling the stock himself.”

Lovoff was fired in September, 2018, five months before he was criminally charged.

The indictment carries a maximum penalty of 20 years in prison, which we’re guessing Levoff just cut a deal to avoid. His sentencing is scheduled for Nov. 10. The SEC has filed related civil charges.