Chicago police are looking for a man who took photo-bombing to the next level on Wednesday morning as a local Fox affiliate aired the quite aspirationally-titled “Good Day Chicago.”

During a live shot from the corner of Clark and Hubbard Streets in downtown, a man crossed behind reporter Joanie Lum and pointed a gun over her shoulder at the crew. 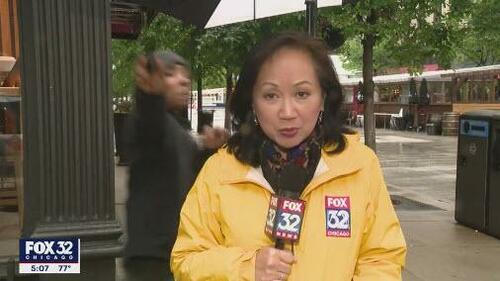 Video then shows him pointing the gun across the street before merrily skipping away down the sidewalk.

So far, there’s no media framing of the incident as an example of black-on-Asian violence.

Chicago’s in the midst of yet another wave of gun violence that included the killing of a teen next to the famed “Bean” sculpture in Millennium Park on May 14.

Chicago police are gently referring to the man in Wednesday’s TV incident as a “person of interest.”

He’s likely to face charges of aggravated assault with a firearm.

Maybe he’ll plead not guilty by reason of over-caffeination: 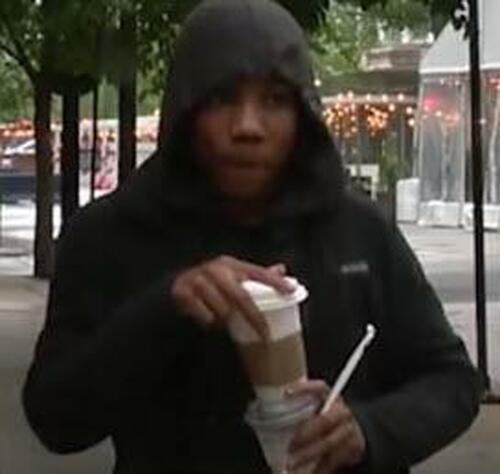