Oil prices limped higher overnight (as industrial activity in virus-hit China picked up, and API reported an unexpected decline in U.S. crude stockpiles), then gave back all their gains after US equities opened as the NFLX effect rippled through all markets (and the reality of the recent IMF and World Bank growth pessimism sinks in).

“All of this is fuelling concerns about demand on the oil market, which had recently taken somewhat more of a back seat as supply risks dominated the headlines. And yet both OPEC and the IEA had already adjusted their forecasts for oil demand down significantly last week – something that market participants failed to give sufficient attention, if not to say ignored completely,” Commerzbank analyst Carsten Fritsch said in a note.

Supply is also expected to rise as the Black Sea oil terminal operated by the Caspian Pipeline Consortium, returns to full capacity after a storm damaged the terminal in February. The terminal ships about 80% of Kazakhstan’s crude oil production, Reuters reported.

But for now, all eyes on Crude stocks and gasoline demand for signs of demand destruction and global slowdowns. 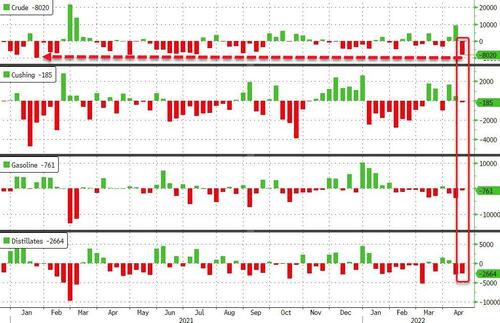 As Bloomberg reports, the giant draw in crude stocks was driven by a massive jump in crude exports last week.

Shipments climbed to 4.2 million barrels per day (bpd) – ticking above the key 4 million bpd level for the first time since July 2021. 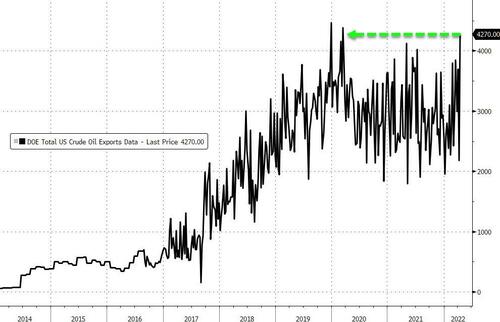 Gasoline demand rose back to ‘average’ for this time of year, suggesting no significant demand destruction is evident yet. 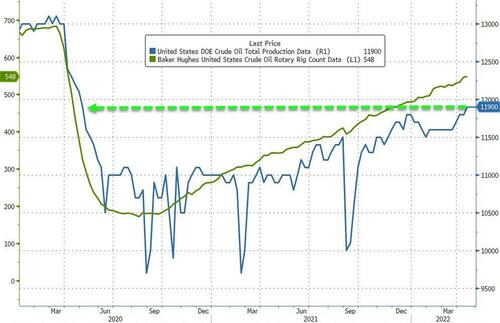 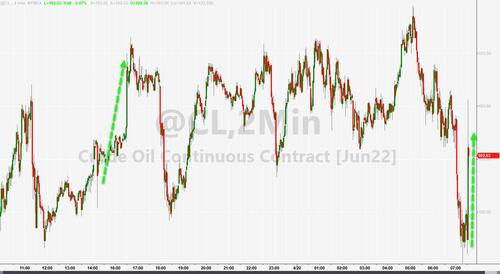 Of course, the big item to watch is what will happen to US gas prices at the pump. This week’s rapid retracement offers President Biden another chance at redemption… 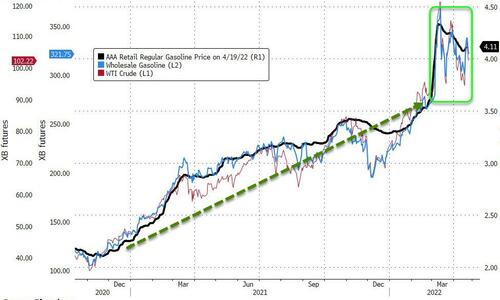 But what happens when the ‘Putin Price Hike’ is erased and still gas prices are up dramatically since he was elected? Who will get the blame then?