It has been a popular topic of discussion in national capitals from Rome to Budapest during recent months. Can the Washington-EU energy plan to supplant the Continent’s reliance on Russian energy with products from other locales actually succeed? And if so, what’s the timeline looking like?

At various times, we have illustrated how Europe has hoped to compensate for the loss of Russian sources with renewables, and why this approach was a fallacious one. 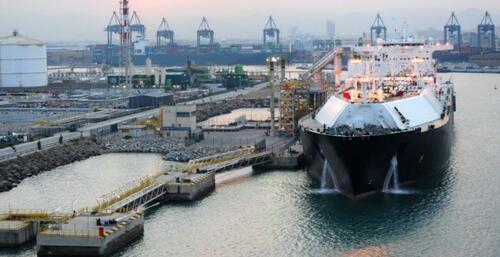 What’s more, we have shown how European energy independence simply isn’t possible, especially if they hope to maintain reasonable costs for oil and gas.

To be sure, while demand for Russian energy products has waned in Europe (thanks to executive fiat), the Europeans have paid Russia more than €20 billion for gas imports alone since the start of the year.

More recently, the European Commission has published an ambitious strategy – a plan to reduce the bloc’s reliance on Russian gas by the end of 2022. But in its latest lengthy analysis of Europe’s energy situation, the EC program has perhaps inadvertently showed how difficult it would be for Europe to replace its Russian imports.

First, here’s a diagram illustrating how each bloc member relies on Russia, and by how much. 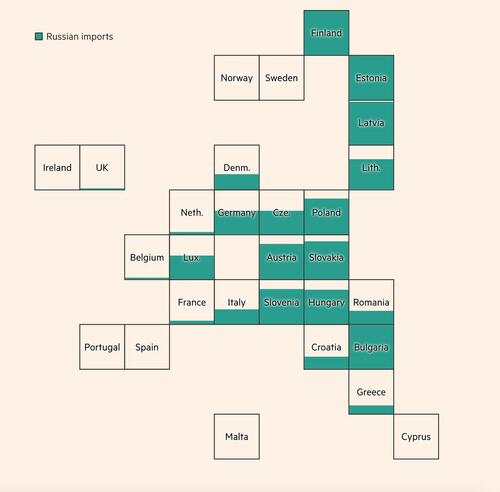 While Eastern and Northern European countries are the most dependent on Russian gas imports, countries in the western part of the bloc ar poised to eliminate their reliance on Russia because they import substantial supplies from Norway and other sources. 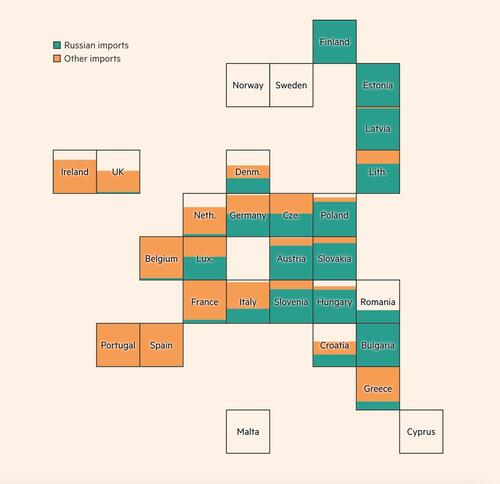 Many EU nations also derive a large percentage of their oil and gas from domestic production. 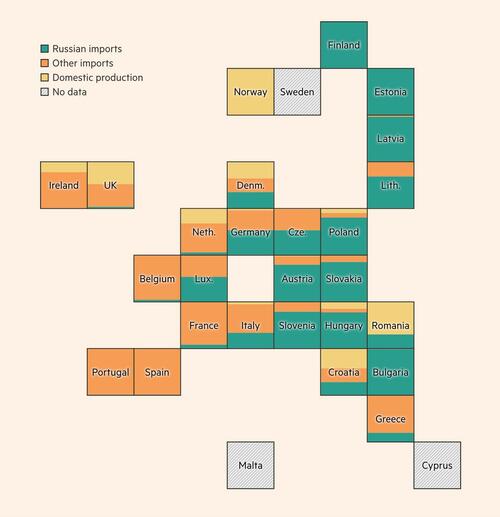 In total, the EU imported 155 billion cubic meters (bcm) of Russian gas in 2021. The Commission’s proposal calls for cutting this amount by 2/3rds by the end of the year – a staggering sum.

To accomplish this, they would need to both reduce demand for energy while finding new sources (a difficult task since suppliers typically aren’t too interested in new markets with low prospects for growth).

Here’s a quick breakdown of what the FT sees as the most likely sources of new energy for Europe:

To succeed on the LNG target, the EU would also need to soak up most of the free LNG jangling around the international market. 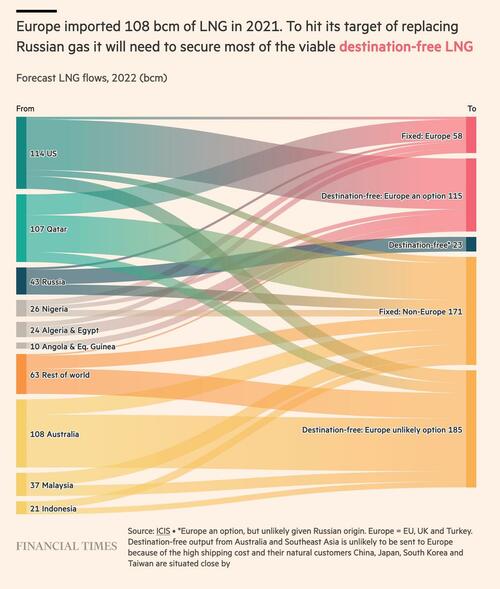 The EU is pinning its hopes on imports from Qatar, the US, Egypt and West Africa. The US has pledged to boost LNG shipments to Europe by 15 bcm this year. However, many LNG producers sell the fuel under long-term contracts, with a preference for fast-growing Asia. Just over 50 bcm of global LNG supply is available to go to Europe – and that’s a maximum number based on ICIS data.

Finally, as Biden promises away America’s LNG to ‘save Europe’, bear in mind that US NatGas is now trading above $8 for the first time since 2008. This is the highest price for Henry Hub NG for this time of year ever (aside from 2006 and 2008) and 2022 has seen Henry Hub prices soar at the fastest pace on record (surging since Europe’s imports exploded)… 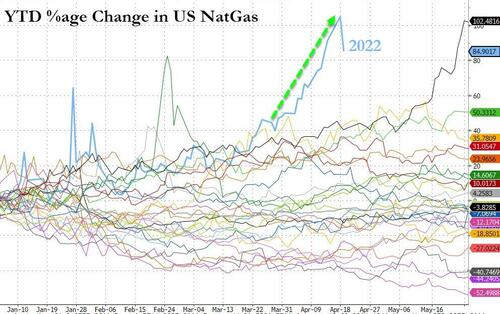 For context, US NatGas is now trading at an equivalent oil barrel price of $136 – dramatically more expensive than the actual WTI crude price which is behind the soaring pump prices that the Biden administration is so aggressively trying to tamp down in the face of collapsing approval numbers. 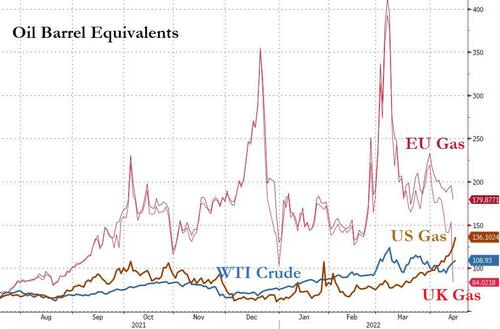 Is the average American willing to pay multi-decade highs for their heating bills, so that Germans can benefit? We guess we will see in the Midterms.