Over 20,000 Migrants Have Crossed English Channel Into UK This Year

Over 20,000 Migrants Have Crossed English Channel Into UK This Year

Authored by Alexander Zhang via The Epoch Times,

More than 20,000 people have crossed the English Channel illegally into the UK aboard small boats since the start of the year, more than double the total for the whole of 2020, the latest figures show. 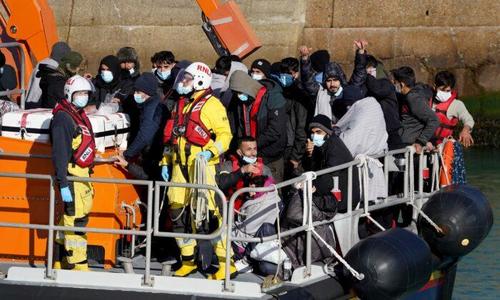 Despite government promises to stem the flow of small boats, which are often overloaded semi-rigid inflatables, the numbers this year have continued to eclipse those of previous years.

On Nov. 2, UK authorities rescued or intercepted 456 people who attempted to cross the Channel, and the French authorities also prevented 343 people from reaching the UK. 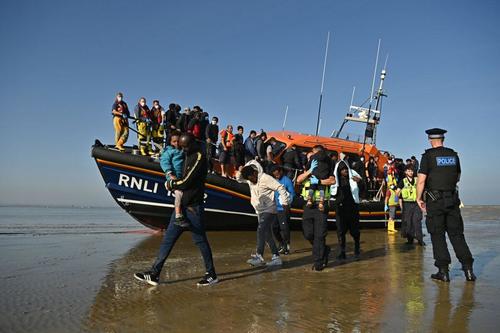 Illegal immigrants are escorted to be processed after being picked up by an RNLI (Royal National Lifeboat Institution) lifeboat while crossing the English Channel at a beach in Dungeness, southeast England, on Sept. 7, 2021. (Ben Stansall/AFP via Getty Images)

Some 19,756 people had already reached the UK from France in small boats this year, according to data compiled by the PA news agency.

“We are working with the French to stop boats leaving their beaches and crack down on the criminals driving these crossings,” he said.

In July, the UK and France announced an agreement on tackling the problem, under which the UK would pay France £54 million ($75 million) to more than double the number of police patrolling French beaches.

Before 2018, the crossing accounted for a tiny proportion of illegal immigration with only a few known to make it each year.

The number of people attempting the crossing started to increase from the winter of 2018. That year 299 people made the crossing, according to Home Office figures.

The English Channel, which is 21 miles across at the narrowest point, is one of the busiest shipping lanes in the world.

In the last two or three years, several people have died attempting to cross.

Last week, Home Secretary Priti Patel described as “appalling” and an “absolute tragedy” an incident in which as many as three people are thought to be unaccounted for after trying to cross from France to the UK in a dinghy.

Two men—both Somali nationals—were rescued off the Essex coast near Harwich on Oct. 25 and searches for any possible remaining survivors have now been called off.

According to the Home Office, last year, when migration dropped due to pandemic restrictions, “known illegal entry” to the UK as a whole was around 16,000 people.

US Stocks Slip, on Track for 4th Monthly Loss This Year